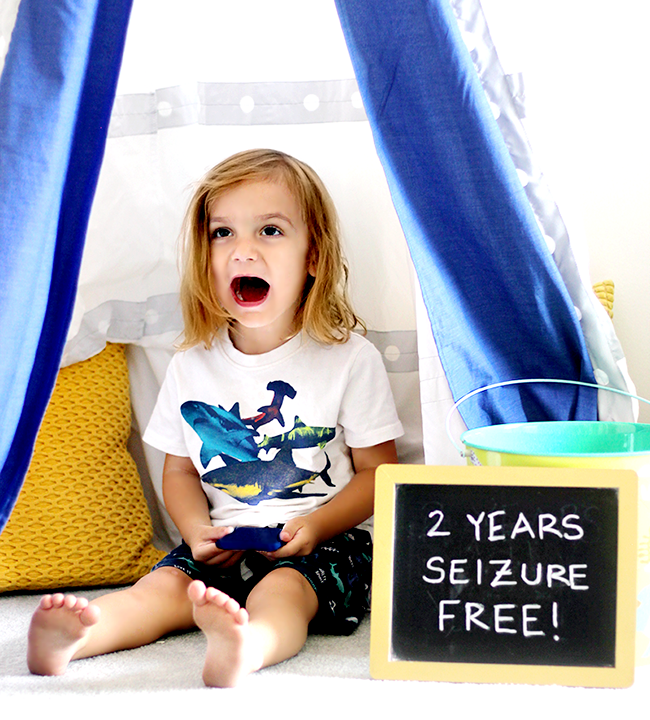 Some of you might remember last year on this day, when we shared our celebration of Emmett being one year seizure free. In the world of epilepsy, an entire year of seizure freedom is huge, and many families recognize it the same way they would a first birthday. I remember feeling incredibly emotional that day, and profoundly grateful. It was honestly our dream come true for him.

Well yesterday, we got to celebrate two years without seizures. Two years. Our lives were so much different two years ago at this time, and the thought of two solid years without a seizure felt completely unattainable. I can’t put into words what a big deal this is to our family. 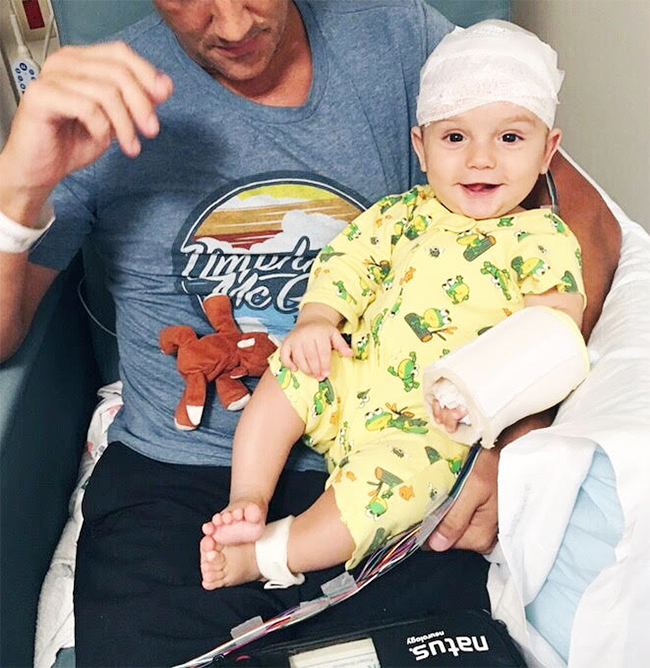 I know most of you know Emmett’s story, but for those who don’t know, I’ll explain as briefly as possible. (If you know the story, feel free to skip to the end!) When he was seven months old, he starting doing an occasional movement that just seemed a little “off” to me. It was incredibly subtle, and mainly looked like reflux. (He would do a little shrug, and every now and then his head would slightly bob – which is common for babies.) It happened for a few days, and while everyone who saw the videos I took felt that it was nothing unusual, we decided to take him to his pediatrician. His pediatrician didn’t seem overly concerned, but referred us to a neurologist, just in case. And less than 24 hours later we were in the children’s hospital with a diagnosis of Infantile Spasms, the most dangerous (literally labeled “catastrophic”) form of childhood epilepsy. The prognosis with the vast majority of IS kids is very poor. The seizures are difficult to stop, the treatments have horrific side effects, and most children with IS have developmental delays, cognitive issues, and physical challenges. The first weeks in our IS journey was by far the worst period of my life. To have what you believe is a completely healthy baby and then be told, almost overnight, that he has an absolutely horrible disease that is profoundly difficult to treat, is devastating.

Emmett underwent countless tests (multiple EEGs including a 48 hour video one we did at home, MRIs, spinal taps, genetic tests, multiple blood draws, and more) and was started on an intense, expensive ($ 34,000 a vile; he needed several) medication called ACTH, which had to be injected into his thighs (by Robbie and me) over a two and a half month period – first twice a day then tapered down to once, then eventually to every other day. The medication was the worst part of the journey for us, because of its side effects. In addition to causing children to develop Cushing’s Syndrome (weight gain, “moon face,” etc.), it causes reflux, blood pressure issues, and horrific irritability. While on the highest dosage of this medication, Emmett completely stopped smiling. We had to sleep sitting up and holding him upright or he would scream and writhe in pain. He nursed around the clock, and had an insatiable appetite. Our happy, engaging son was replaced with a shell whose only emotion was misery. But the medication worked. Since August 13th, 2016, Emmett has not had another seizure. 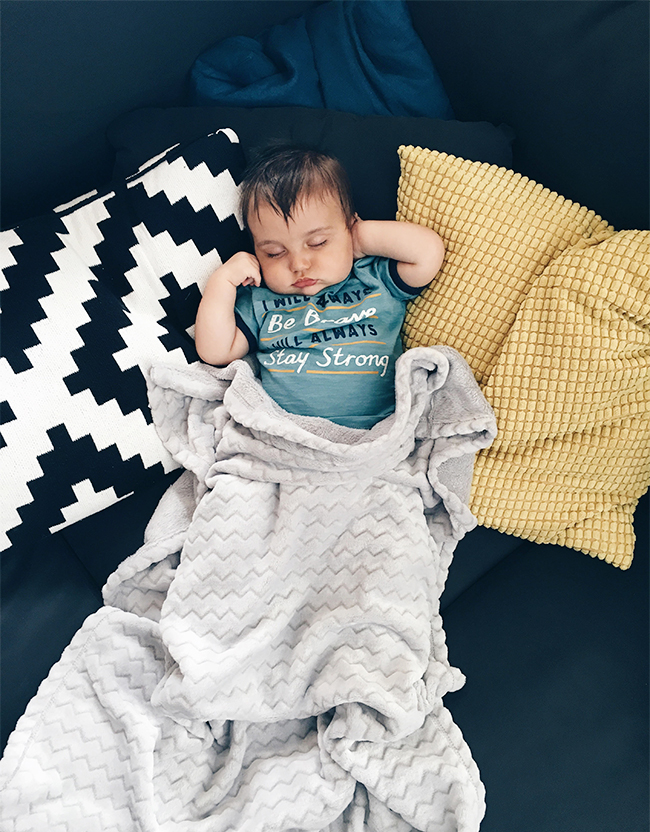 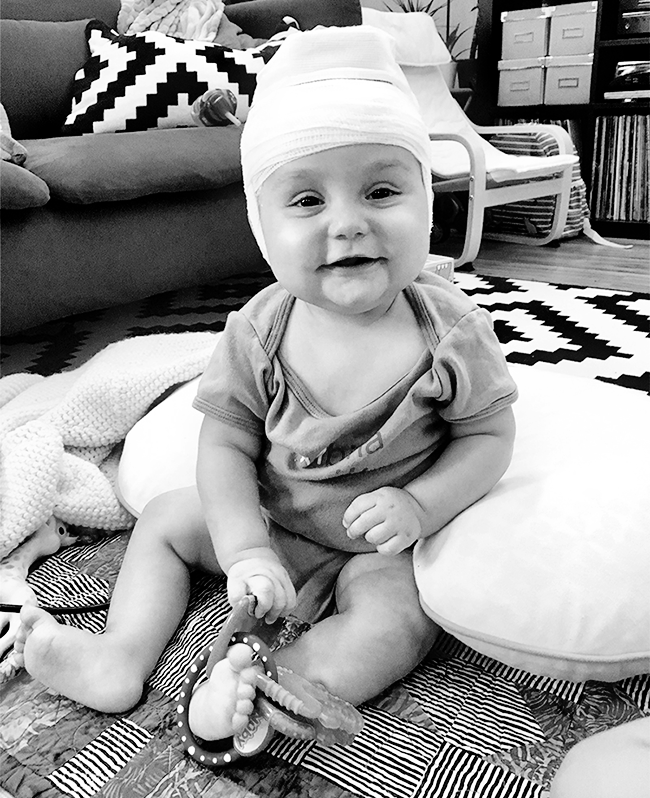 Emmett had his yearly assessment by Early Intervention last week (by his developmental and speech therapists; he no longer needed occupational or physical therapy as of a year ago), and was evaluated as completely on track (even ahead in many areas), and no longer needs any therapy at all. He continues to be a typical little boy who loves playing outside, running, swimming, coloring, singing, acting out scenes with his sister, and playing with friends. We know this is not the usual outcome for IS, and as I have said before, we will never take that for granted.

After two years, we still have no idea what caused Emmett’s Infantile Spasms, and may never know. His MRIs showed a normal brain. His genetic testing came back normal. His bloodwork was all normal. His lumbar puncture was normal. The best guest from his neurologist is that he had a random, spontaneous genetic mutation (every human has an average of 40 of them!) that manifested as IS, and that the medication rebooted his brain. 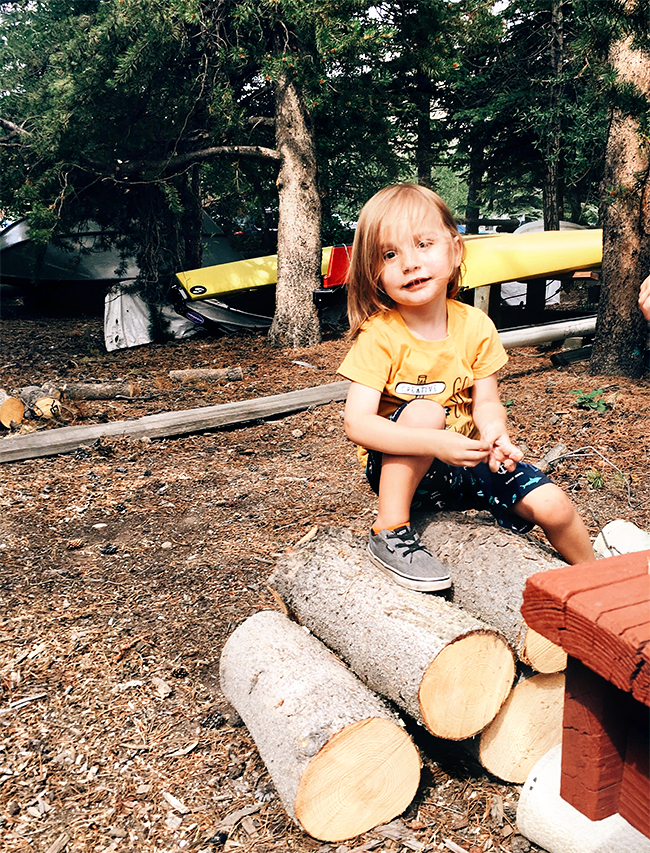 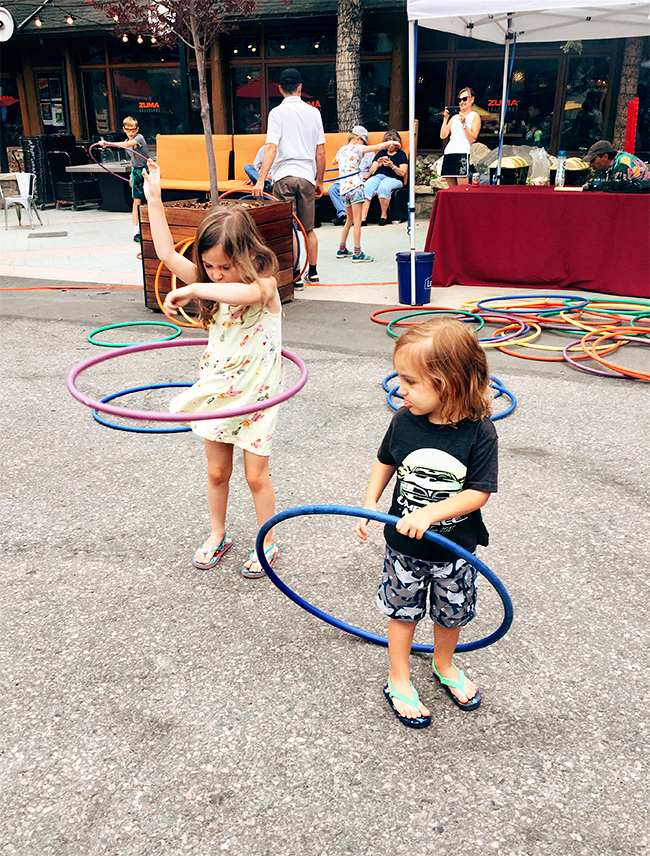 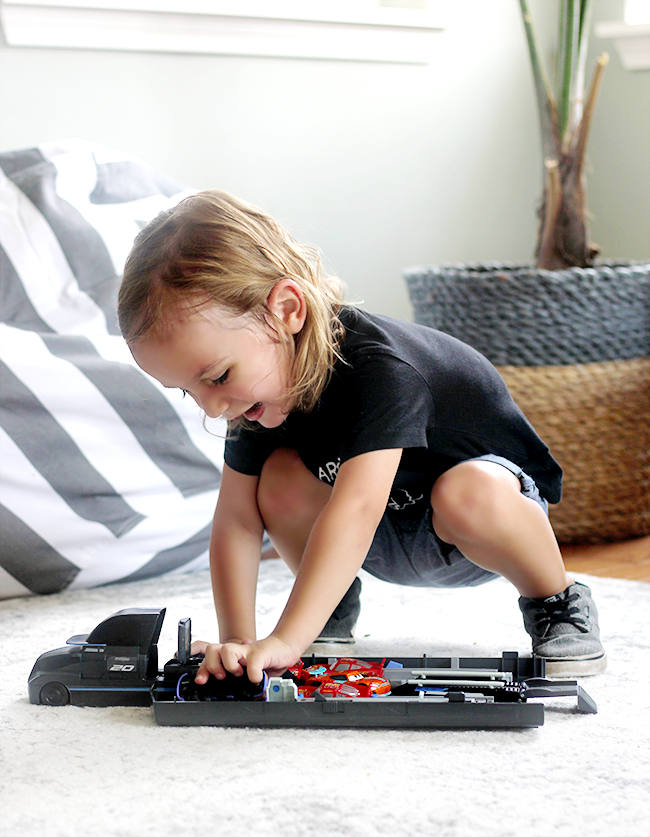 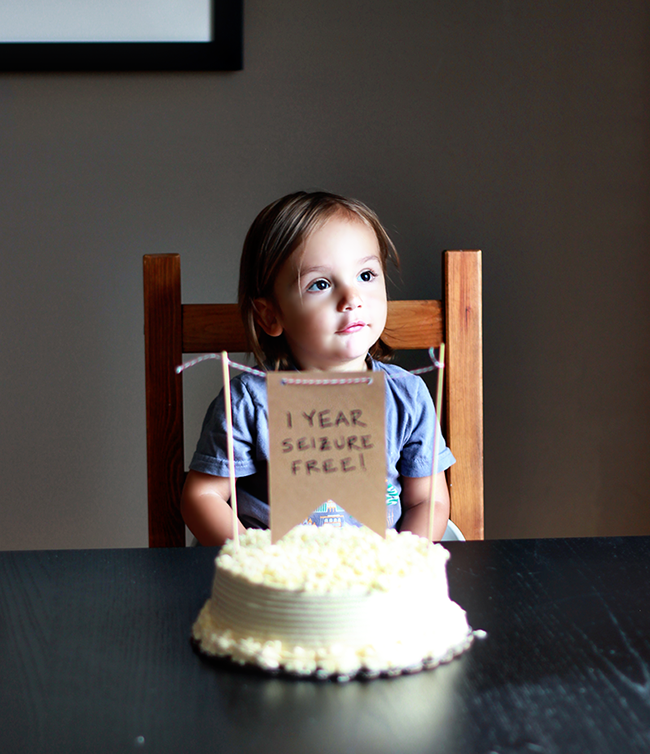 (Photo from his one year seizure free celebration last August.)

At Emmett’s last meeting with his neurologist a little over a year ago, we were told that if he went two years without a seizure, his epilepsy diagnosis could be unofficially dropped. And while we were told that he will always have a chance of other seizure types occurring, for now, we are celebrating this wonderful milestone.

There is so much more to the story, so if you’re interested, feel free to contact me. And if you come across this because you have a child with Infantile Spasms, or you know someone with a child who has IS, please feel free to reach out to me. I have made a lifelong vow to help other parents going through this, and it is my hope that when Emmett is old enough, he will be able to do the same.

To my favorite little boy in the world, happy two years seizure free! We thank the universe for you and all you have accomplished every single day.