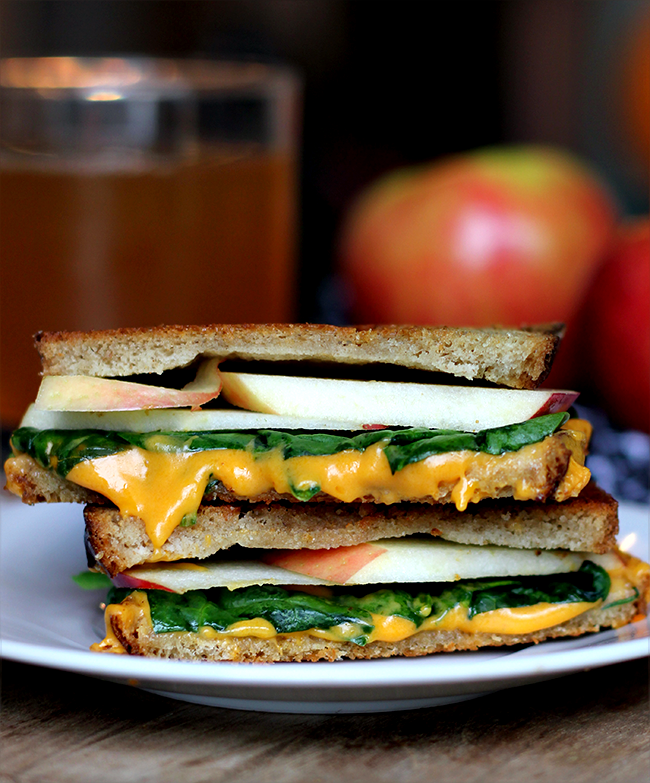 Every year, as soon as September hits, my kids ask when we’re going apple picking. I mean, let’s be honest, I start the countdown once September hits too. We go at the end of the month annually, and it’s so much fun. The best part, of course, is that we come home with an admittedly excessive amount of delicious, fresh apples.

Having dozens of apples on hand is great and all, but after a while eating them plain or making them into pies or apple sauces gets a little old. So I like to experiment with different ways to eat them, which is what ultimately led to these apple and spinach grilled cheese sandwiches I first made a couple of years ago. They’re easy to make, and you can play around with different cheese (or even plant-based cheeses, which is what you see in these photos.) 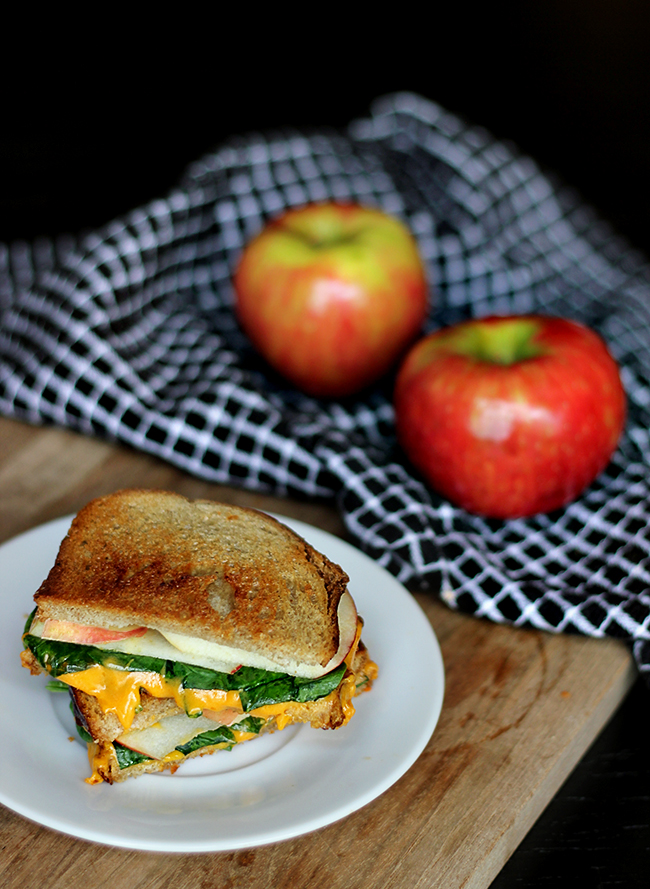 1 organic apple (We like Honeycrisp or Fuji))
handful of organic baby spinach
2 slices rye bread
coconut oil or butter
Cut apple into thin slices. Spread coconut oil or melted butter on one side of each slice of bread, and place buttered side down onto a preheated medium skillet. Top with two slices of cheese, followed by a few apple slices, followed by a few pieces of spinach. Place the other piece of bread (butter/coconut oil side up) on top. Cook in a skillet over low to medium heat, turning occasionally, until the cheese is melted. 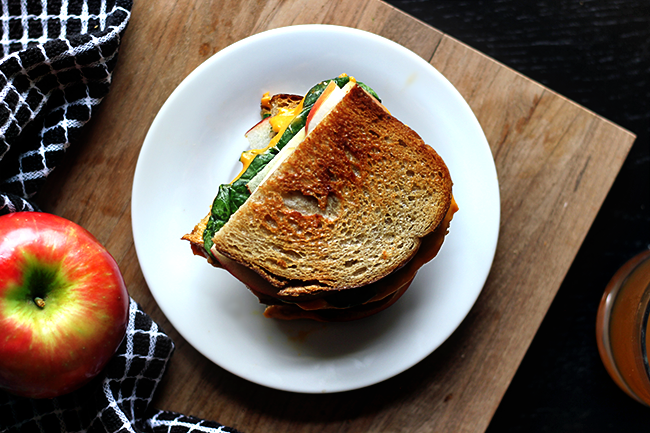 I’d love to hear your thoughts if you make either of these grilled cheese recipes! Between you and me, the apple is my favorite, but they’re both ridiculously good.